Meat quality of the highest class 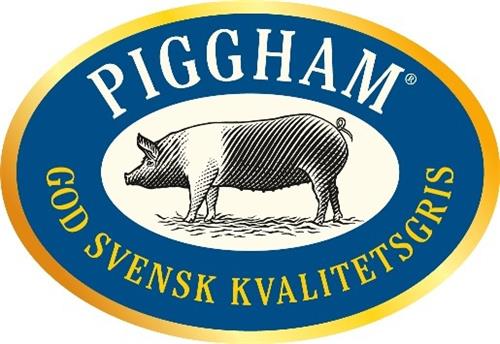 The meat is of the highest quality. In Sweden, the meat is marketed under the Piggham brand. Piggham has been awarded a diploma for the “juicy and tasty meat" by the Gastronomic Academy in Sweden. In the UK, meat based on Hampshire is sold at two of the major food chains under their premium brands, at Sainsbury’s under “Taste the difference", and at Morrisons under “The best".

The secret behind the good meat quality is the unique RN gene that Hampshire carries. The meat is more juicy, tender and tastier than non-carrier meat of the gene. The RN gene is dominant which means that the progeny will also express the gene, regardless of allele from the mother. The gene affects the distribution and availability of water in the muscles in a way that makes the meat juicy. It also affects the muscle proteins to improve the tenderness. Previous research has shown higher drop loss with Hampshire, but new trials do not prove it.

Antibiotics in feed have been banned since 1986 in Sweden and the use of hormones as growth promoters is not allowed. Thanks to batch system (all-in-all-out) high health status has been maintained. Trials in the UK have shown that even in herds with high infection pressure the offspring of the breed perform significantly better than other breeds, growth is high and morbidity and mortality are low. Hampshire pigs have been bred and selected in an environment without antibiotics for several generations which has resulted in resilient and robust animals.

Genetic analysis shows that the Hampshire has a higher incidence of genes that confer resistance to bacterial strains of E.Coli K88 compared to other breeds. E. coli K88 is the basis for most early infections in piglets and implies a lower incidence of diarrhea in newborn piglets. 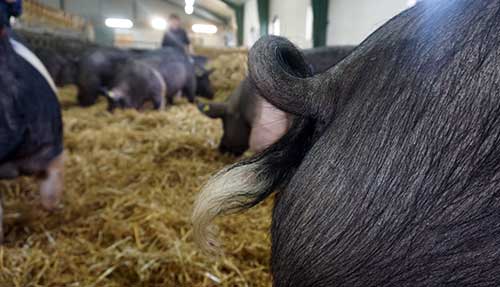 Hampshire is characterized as a calm breed that is very robust. The calm temperament appears in a very low proportion of tail biting. Tail docking has not been allowed for decades in Sweden and therefore the breeding have selected calm animals with low incidence of tail biting.